The latest issue of the Project newsletter is available here: Gazette # 16

On the 29th  of August 2019, ESSnuSB Post-Dotorates presented the project during parallel sessions.

On the 30th of August, during a plenary session, Marcos Dracos made a talk about ‘The ESSnuSB project”.

And Loris D’Alessi presented  “The current status of the ESSnuSB Target Station Design”.

DPF 2019, Meeting of the Division of Particles & Fields of the American Physical Society, Boston, USA

On the 31th of July, Marcos Dracos presented at talk titled:” Neutrino CP Violation with the ESSnuSB Project” at the Meeting of the Division of Particles & Fields of the American Physical Society.

JNR-ISU Baikal Summer School, in the neighbourhood of Irkoutsk, Russia

The event was organised from 12-19 July 2019. Marcos Dracos was invited to explain the ESSnuSB project.

The aim of the workshop  was to progress on the development of the software framework which will be used for the simulation of the Near and Far Detectors.

European Unions’ Horizon 2020 : ESSnuSB has received funding from the European Union’s Horizon 2020 research and innovation programme under grant agreement No 777419.The webpage reflects only the author’s view. The Commission is not responsible for any use that may be made of the information it contains.

This project receives funding from the @EU H2020 Research & Innovation Programme. Any related tweets reflect only the views of the project owner. 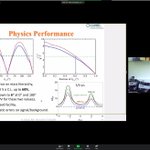